Every year around this time, anytime you walk into a store (Wal-Mart, Kroger, etc.) you see the Salvation Army people out, ringing their bell, and asking for money. I know this is for a good cause and they should be applauded for volunteering to stand out there; but most of the time, they are just plain annoying. I have met some who are rude and or borderline pushy when asking for money. I hate to admit it, but usually I just walk right on by with a feeling of guilt that lasts about half a second.

But then last Friday happened….

I was heading into Kroger after work to pick up some medicine. As I was pulling in, I saw the old gentleman standing at the door, ringing his bell, and I began to dread having to walk by him. I pulled into my parking spot and began to walk to the door. On my way, I kept seeing people stop and just stare at the man. People heading out of the store, going into the store, stopping and watching this little old man, despite the fact it was cold and dreary outside. As I got closer, I realized the man was singing. Old, traditional Christmas songs. A Capella. With a beautiful, quiet voice. I watched as he stopped one man in his tracks. The man turned around, listened for a few seconds, smiled, and gave some money. At the same time, this other man with two little sons came out of Kroger. One little boy ran up to the Salvation Army man with the brightest smile on his face. The old man let the little boy ring the bell while he finished out his song. By now, I was at the door to Kroger and the Salvation Army volunteer had a crowd.

I went inside with a lump in my throat. I cannot remember the last time I saw a crowd gather around one of the Salvation Army volunteers. I cannot remember when I have heard one of the those volunteers sing such beautiful songs that would stop people in their track. Literally, make them stop, listen, and turn around. Most days it seems we are all in a hurry and do not have the “time” to stop and listen.

As I left the store, I made sure to walk by the old man again. This time a woman was standing next to him listening. “The singing makes all the difference!” I said to her. She replied, “Oh my goodness! It does! Doesn’t it!”. The Salvation Army volunteer simply replied, with the warmest smile on his face, “Thank you ladies! The singing keeps me warm out here.” And he began another song.

Times like this reminds you of the true Holiday Spirit we should have. Giving to others, connecting with strangers, and taking the time to listen to others. I got into my car and felt truly blessed and touched that I was able to hear that old man sing. He truly was, to me, an angel reminding us all what this time of the year is about. 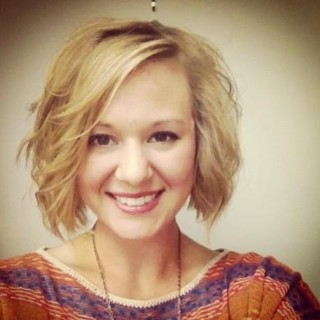 I have a wonderful family and my best friend as my husband. Truly blessed! Love my life! Live Simply. Love Generously. Care Deeply. Speak Kindly. Follow me on Twitter: @LibbyLeighAr and Instagram @LibbyLeighAr